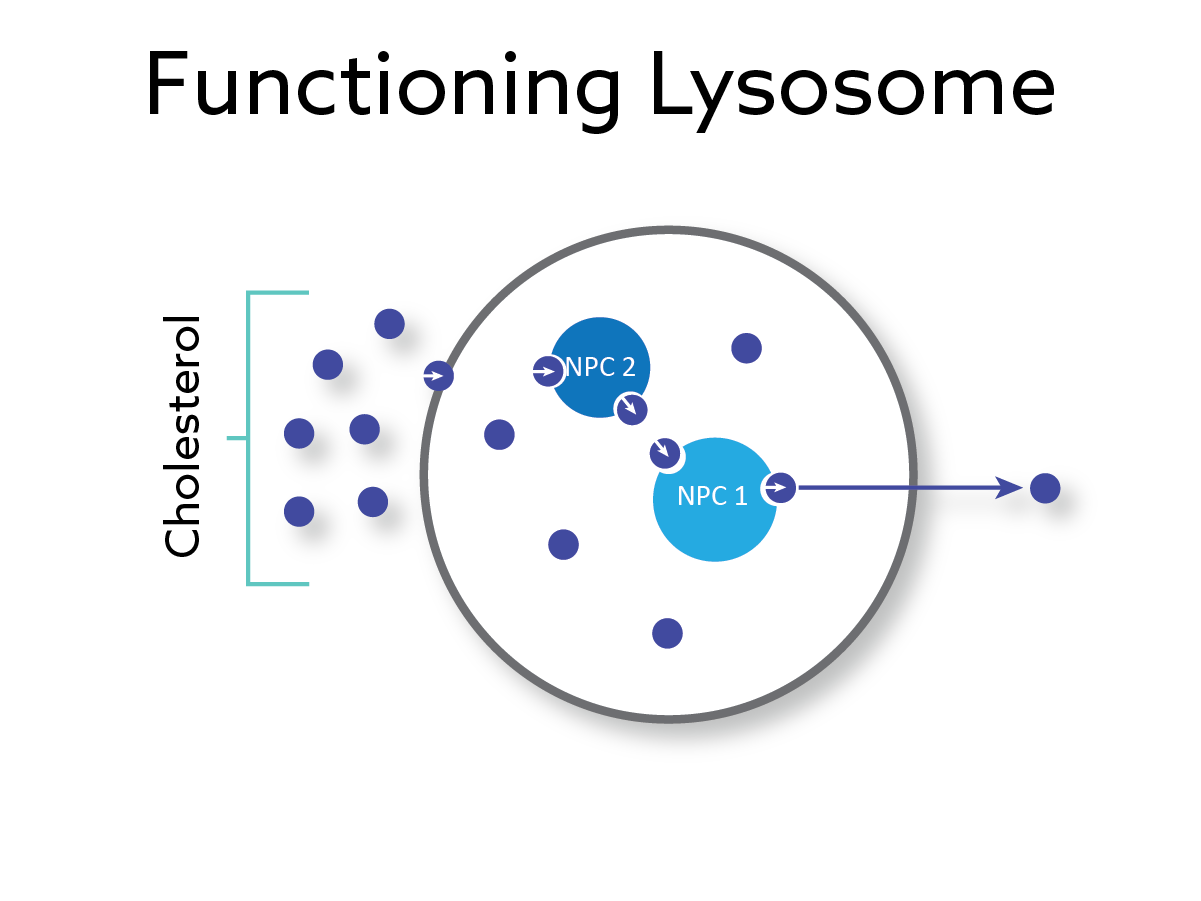 The Role of Cholesterol in a Cell

Cholesterol is an essential component of the cell membrane, a structure which defines an individual cell in the body.  It also plays a role in the production of important hormones, like testosterone and progesterone.  Because cholesterol is so important to the normal function of our cells, its synthesis and degradation is tightly controlled by an array of cellular processes.  When there is an imbalance in cholesterol synthesis or metabolism, cells and organs may not function properly, leading to disease or death. 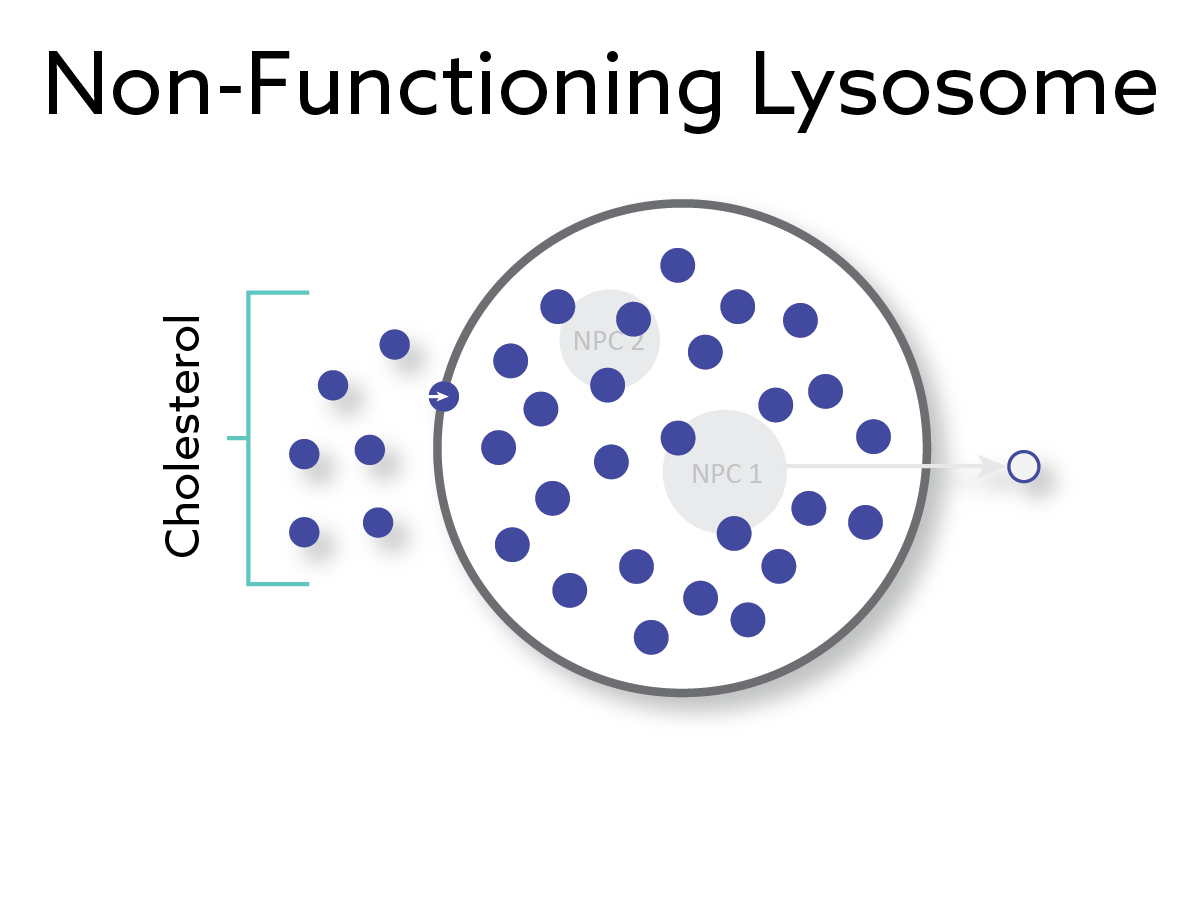 As the body uses cholesterol to perform its necessary functions, it freely transports cholesterol in and out of the cell. However, when there is a defect in the Niemann-Pick gene, the cell is unable to transport cholesterol out of the lysosomes, causing it to build up. This buildup of cholesterol inhibits other cell functions, essentially choking the cell, which leads to cell death, organ dysfunction and death. 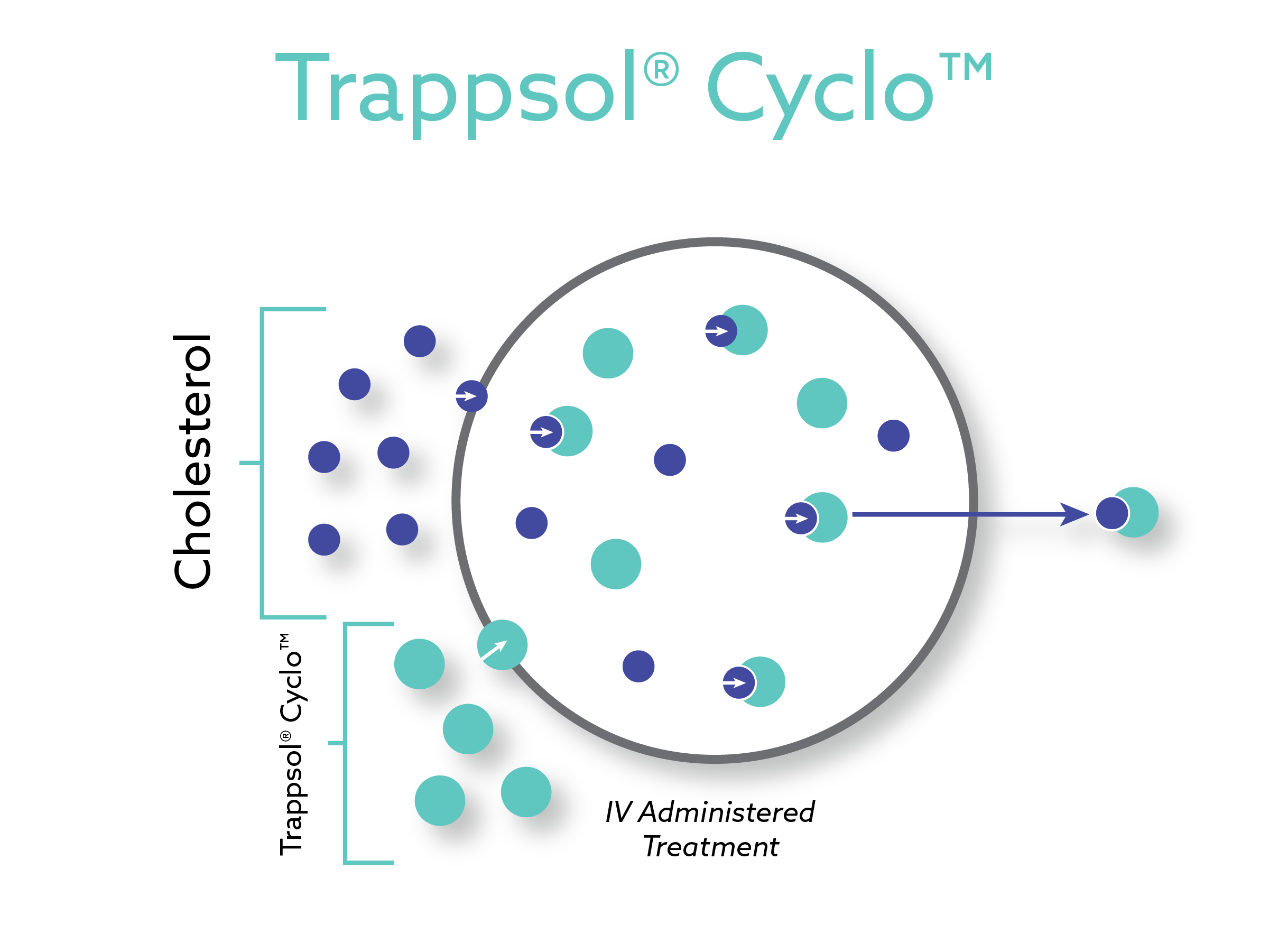 The Science Behind Trappsol® Cyclo™

Trappsol® Cyclo™ is a proprietary formulation of hydroxypropyl beta cyclodextrin and in multiple clinical studies has shown encouraging results to effectively manage the transportation of cholesterol. Taking the place of the defective NPC1 protein, Trappsol® Cyclo™, with its cyclic structure, facilitates the transport of accumulated cholesterol out of cellular lysosomes so it can be further processed and excreted out of cells.

Trappsol® Cyclo™ is currently being evaluated in clinical trials for the potential treatment of Niemann-Pick Disease Type C1 (NPC), a rare, fatal and progressive genetic disorder and Alzheimer’s disease, an irreversible, progressive neurological disorder, in which high cholesterol is also implicated as a risk factor.

Our Clinical Studies
Our Pipeline
Sign up for Alerts

Trappsol® Cyclo™ is not currently approved for any indication.

We use cookies on our website to give you the most relevant experience by remembering your preferences and repeat visits. By clicking “Accept”, you consent to the use of all cookies. However, you may visit "Cookie Settings" to provide a controlled consent.
Cookie SettingsAccept
Manage consent

This website uses cookies to improve your experience while you navigate through the website. Out of these, the cookies that are categorized as necessary are stored on your browser as they are essential for the working of basic functionalities of the website. We also use third-party cookies that help us analyze and understand how you use this website. These cookies will be stored in your browser only with your consent. You also have the option to opt-out of these cookies. But opting out of some of these cookies may affect your browsing experience.
Necessary Always Enabled
Necessary cookies are absolutely essential for the website to function properly. These cookies ensure basic functionalities and security features of the website, anonymously.
Functional
Functional cookies help to perform certain functionalities like sharing the content of the website on social media platforms, collect feedbacks, and other third-party features.
Performance
Performance cookies are used to understand and analyze the key performance indexes of the website which helps in delivering a better user experience for the visitors.
Analytics
Analytical cookies are used to understand how visitors interact with the website. These cookies help provide information on metrics the number of visitors, bounce rate, traffic source, etc.
Advertisement
Advertisement cookies are used to provide visitors with relevant ads and marketing campaigns. These cookies track visitors across websites and collect information to provide customized ads.
Others
Other uncategorized cookies are those that are being analyzed and have not been classified into a category as yet.
SAVE & ACCEPT